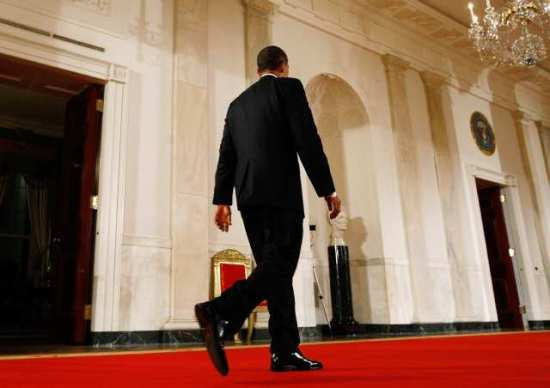 I am the guy who asked to join your organization
I am the guy who paid his dues to join.
I am the guy who stood up in front of you and promised to be faithful and loyal to the Fraternity
I am the guy who came to your meeting and no one paid any attention to
I tried several times to be friends but they all had their own buddies to talk to and sit next to.
I sat down several times alone but no one paid any attention to me.
I hoped very much that someone would have asked me to take part in a fund raising project,
activity, or something. No one saw my efforts when I volunteered.
I missed a few meetings after joining because I was sick and could not be there.
No one asked me at the next meeting where I had been.
I felt it did not matter very much to others whether I was there or not.
The next meeting I decided to stay home and watch TV.
The following meeting I attended but no one asked me where I was at the last meeting.
You might say I am a good guy, a good family man, who holds a good job, loves his community
and his country.
You know who else I am? I am the guy who never came back.
It amuses me how the heads of the organization and the members discuss why the organization is
losing members.
It amuses me to think that they spend so much time looking for new members.
When I was there all the time.
All they needed to do was make me feel needed, wanted, and welcome.

Posted by All Things Masonic at 10:38 AM No comments:

Labels: I am the Guy

The Masonic Book Club is Making a Come Back


Thanks to the Scottish Rite Southern Jurisdiction the Masonic Book Club has made a comeback after an eleven year absence.

The original Masonic Book Club was formed in 1970 by two Illinois Master Masons, Alphonse Cerza and Louis Williams. They formed and operated the MBC within the Louis L. Williams Library- Illinois Lodge of Research which was headquartered in Bloomington Illinois.

The club originally was limited to 333 members, but had grown to nearly 2000 members in its hay day. I was told that they sent books to members in thirty different countries. There were 1083 members when the club dissolved in 2017.

Starting in 1970 the MBC released one book a year focusing on great Masonic works, important masonic works, rare documents, hidden treasures that were out of print or difficult to find. The books were a facsimiles of the original works, allowing the modern reader to view the book as it was originally published. The last book was sent to its members in 2010.

Each book had an introduction penned by a prominent scholar to set the stage for the reader, and prepare the reader for the content of the book.

Each book was hardbound, case wrapped in blue fabric, The cover and spine are embossed usually in gold or silver foil. The leaves are of quality paper. The book was wrapped in a opaque dust jacket for shipping. What I thought was cool that some of the dust jackets had a spider web design.  There were two editions that were red. These were published jointly by the Masonic Book Club and Scottish Rite Northern Jurisdiction. 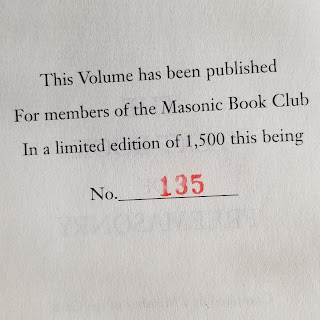 The last book released by the MBC was in 2010 "The Evolution of Freemasonry" by Delmar Darrah.  after its Publisher and President Robin Carr retired. That same year, after providing forty years service to Freemasonry, the board of directors decided to dissolve the original MBC.

In 2017 the last president of the MBC transferred its name and assets to the Scottish Rite Supreme Council Southern Jurisdiction.

On September 16, 2021 a press release was issued that the Masonic Book Club had been reactivated by the Supreme Council S.J. The newly revived Masonic Book Club will have a new business model, but will continue the old traditions of publishing classic facsimile Masonic books. The new series of books will not be individually numbered as in the original MBC in order to keep the prices down.

Each new issue will include a scholarly Introduction, and a Index.( I was pumped to hear that for the index is a great resourceful tool for those of us who do research)

Members will receive a semi-annual electronic newsletter that will be sent out on or near the two St. Johns Days. The newsletter will provide information on books that are in production, and the publication details. Members will be asked what they would like to see in future books.

The future book releases will be based on feedback from its members, and selected by an editorial committee consisting of Arthuro de Hoyos, S. Brent Morris, and others.

The estimated cost will be approx. $25.00 plus shipping and handling, but Im sure there are many factors that will effect the exact costs in future editions.

If you have as many books from the Scottish Rite on your bookshelf as I do, you are well aware of the  high quality of the books design and construction. I am confident that the new MBC editions will meet or exceed their normal standards.

To learn more and how to join Click here

The new Release..."The Perfect Ceremonies of Craft Masonry and the Holy Royal Arch". This will be Volume 42. The new Masonic Book Club is continuing the numbering system where the old Masonic Book Club left off.

I think its wonderful to see that The Craft will once again have a new access to great Masonic works with the continued traditions of quality books.

Posted by All Things Masonic at 1:46 PM No comments: