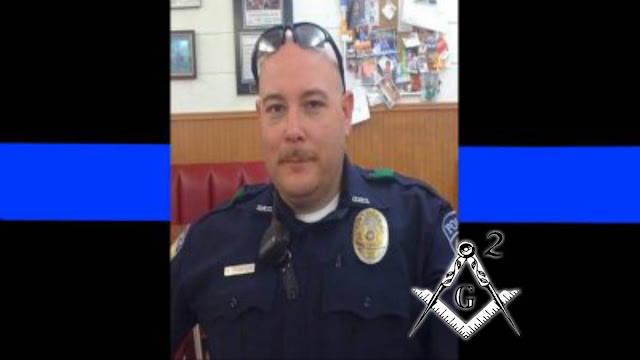 As a retired Cop of 33 years it always seems to me that the Cops who are killed are young, and have kids...Its hard to refrain from expressing my opinion, but I will say this, if the Dallas Police Department needs funds to replace R2D2 give me a call. I'll deliver the check personally.
Posted by All Things Masonic at 5:58 PM No comments: 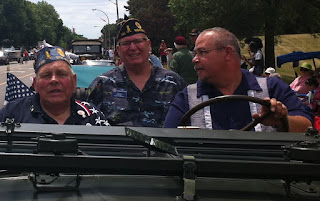 Two weeks ago I was installed as the Commander of Richfield American Post #435. We have 1400 members. I was informed that there were no preparations made for the annual 4th of July parade. So with help we scrambled and prepared food,found bands and tents for the fireworks.
But who do you call when you need help..a Brother especially Wayne Fanjoy from Minnehaha Lodge who owns a 1952 mint Willis( other wise known to many as a Jeep) Wayne made the time in order for our July 4th presence be a great success. He had to scramble to get to another parade 9 miles away. If you dont know it...A willis Top speed down hill is 50mph. Driving at 30 is a speed experience...and a joy!

Brother helping Brother and Thanks again Wayne
Posted by All Things Masonic at 12:55 PM No comments:

New Video From The Grand Lodge of Massachusetts


The Grand Lodge of Massachusetts always does an excellent,inspirational job on everything they do.
Posted by All Things Masonic at 12:14 AM No comments: