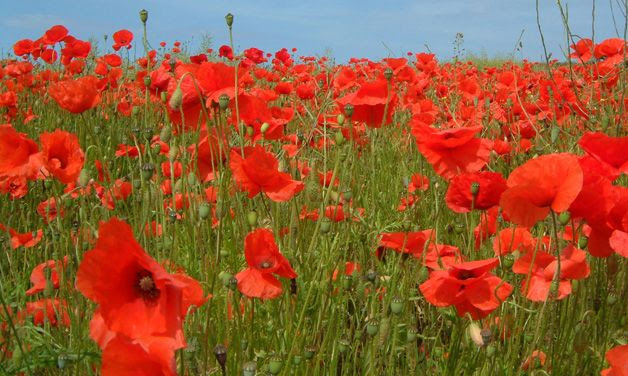 The poppy as the memorial flower for the American war dead is a tradition which began in the years following the first World War. Veterans returning to their homes in this country remembered the wild poppies which lined the devastated battlefields of France and Flanders, and the soldiers of all nations came to look upon the flowers as a living symbol of their dead comrades' sacrifice.

A Canadian officer, Colonel John McCrae who was killed during the war, immortalized the flowers in his famous poem, "In Flanders' Field." Its opening lines are familiar to millions of people around the world,

"In Flanders' field the poppies blow,
Between the crosses row on row---"
Returning servicemen brought with them memories of the battlefield poppies, and the flower soon took on a sacred significance. The red blossoms became the flower of remembrance for the men whose lives had been lost in the defense of freedom. As a memorial emblem of the war dead, it underlined the plight of those men who did not die, but returned permanently disabled. The poppy soon became a symbol of honoring the dead and assisting the living victims of the war.

In 1924, a poppy factory was built in Pittsburgh, Pa., providing a reliable source of poppies and a practical means of assistance to veterans. Today, veterans at VA medical facilities and veterans homes help assemble the poppies, which are distributed by veterans service organizations throughout the country. Donations received in return for these artificial poppies have helped countless veterans and their widows, widowers and orphans over the years. The poppy itself continues to serve as a perpetual tribute to those who have given their lives for the nation's freedom.

Donations received in return for these artificial poppies have helped countless veterans and their widows, widowers and orphans over the years. The poppy itself continues to serve as a perpetual tribute to those who have given their lives for the nation's freedom.

Thank you to the American Legion and the Veterans Administration for photo and information.
Posted by All Things Masonic at 8:49 PM No comments:

"PULL OVER SHOW ME YOUR DUES CARD"!

Last week the Los Angeles Police Department conducted Search Warrants and arrested three members of the so-called "Masonic Fraternal Police Department" The individuals arrested maintained their legitmacy by claiming that they were descendants of the Knights Templar and their police agency had been in existance for over 3,000 years. They also claimed that the Masonic Faterrnal Police Department had jurisdiction in 33 states and in Mexico.

Gee Wiz this must of been another one of those Masonic Secrets I missed in Grand Master School.

http://masonicfraternalpolicedepartment.org/
Posted by All Things Masonic at 3:36 PM No comments:

Change? What do you mean Change? 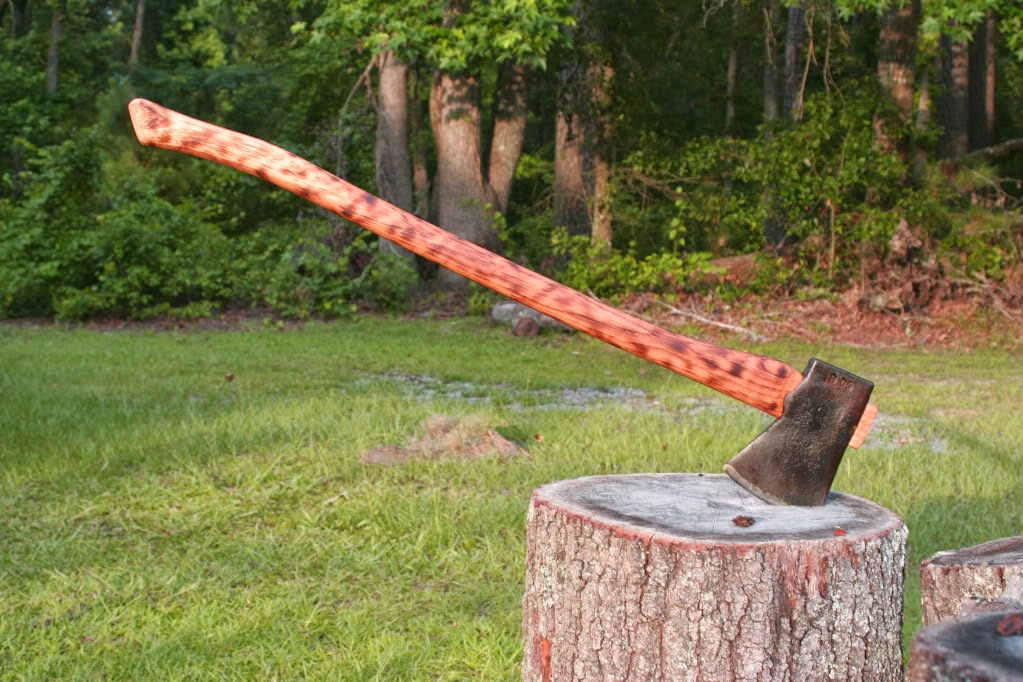 The story is told of a historian recording folk history in Illinois in the 1970s. Several people in the countryside had told him of a farm family, which had the ax Abraham Lincoln used when splitting logs for a living as a young man.

The historian finally located the farm, and found the farmer in the yard splitting wood for a living room fireplace. He asked him about the story.

"Yes,” said the farmer, “It’s true. Abe Lincoln lived around here as a young man and he worked for a while splitting wood for my great-great-grandfather. Happened he'd bought a new ax from a peddler the day before Abe Lincoln came to work here, and he gave it to Lincoln to use. We've kept it ever since."

"That's a real historical treasure," said the historian. "It really ought to be in a museum. Would you mind going into the house and bringing it out so I could see it?"

"Oh, we know it's important," said the farmer. "I take it to the school from time to time and tell the kids about it and Lincoln. Seems to sorta make him real for them. But I don't have to go into the house, I've got it right here."

He handed the horrified historian the ax he had been using.

"You mean you're still using it?"

"Sure thing, an ax is meant to be used."

The historian looked it over carefully. "I must say, your family has certainly taken good care of it."

"Sure, we know we're protecting history. Why, we've replaced the handle twice and the head once.

In many ways, Masonry is like Abe Lincoln's ax. All of us tend to assume that Masonry has always been the way it was when we joined. We have become fiercely protective of it in that form. In fact, we've done more than replace the handle twice and the head once.

For example, when Brothers George Washington, Benjamin Franklin and Paul Revere (and other Masons of their era and for decades to come) joined the fraternity, they did not demonstrate proficiency by memorizing categorical lectures.

Instead, the same evening they received a degree they sat around a table with other brethren of the lodge and asked each other questions and answered them for the instruction of the new Brother. They asked him questions and helped him with the answers.

The discussion continued until they were confident that he understood the lessons of the degree. They then taught him the signs and tokens, and he was proficient. In many-cases, he took the next degree the next night.

The custom of allowing 28 days to pass between degrees came about for no other reason than the fact that most lodges met every 28 days, on the nights of the full moon. There was no mystery behind that, very few horses come equipped with headlights, and only on nights of a full moon could people see well enough to leave their homes in the country and come into town for a meeting safely.

As to other changes, for instance, the names of the three ruffians have changed at least three times since the Master Mason Degree was created around 1727.

More importantly, the nature and purpose of the fraternity has changed radically over time. It certainly is no longer a protective trade association, nor a political force amounting almost to a political party, but it has been those over its long history.

So, yes, Masonry changes. It changes fairly frequently and sometimes dramatically. Far from being a bastion of conservative resistance to fostering revolutions in political life (the American revolution, for example) and social life. It created homes for the elderly and orphanages, and then worked for the sort of social legislation to make those widespread. It sought economic development for states and communities. Until the late 1940s and 50s, it was one of the most potent forces for change in America.

And Masonry is like Abe Lincoln's ax in another way. For, although the handle and head had been replaced, that ax was still used by the Abe Lincoln in truth if not in fact.
The farmer used the ax to teach. He told children about it and about Abe Lincoln. He helped make the past real to them so that they could learn the great values of honesty and hard work, which Lincoln typified so well.

It's the same with Masonry. In spite of the many changes which have already happened and the changes which are bound to happen in the future (Masonry, like any living thing, must change and grow, or die) it is still the same.

It's essence -- the lessons it teaches, the difference it makes in the lives of men, that great moment of transformation which is the goal of Masonry, when a man becomes something new and better than he was when he came in the door as a candidate -- the essence cannot and will not be lost, as long as Brothers are meeting in the true Masonic spirit; to work and learn and study and improve themselves and the world.

That's Masonry, and like Abe Lincoln's ax, it was meant to be used, not to rust away in a museum case. That use keeps it bright and sharp and Masonic, no matter how often the handle and head need to be replaced.
Posted by All Things Masonic at 9:57 AM No comments: