This is a photo of the newest Royal Arch Chartered in Minnesota . Iron Range #70.
How did they do that you may ask? The Leadership of the Grand Royal Arch of Minnesota, and the Companions did something very different. They" Dared to Change" and think out of the box.

Over the years the demographics of Northern Minnesota has changed greatly due to the declining  industries of iron ore mining, and timber. The Chapters, Councils and Commanderies also declined and many closed or were merged with others.

One of the Spark Plugs of this new Chapter is Phil Bodle. In his search for more Masonic Light he joined the Royal Arch Chapter, Cryptic Council and Commandery in Duluth. He drove more than 60 miles to attend meetings. Phil was in the Progressive Line of Hibbing Lodge at the time.During this time he educated the members of his lodge of the York Rite. He became Master of his Lodge and thats when things got serious.

He got the attention of the Grand High Priest David Emery and that's when the thinking caps came on. After many visits and much conversation that the idea of creating a Traveling Chapter or Regional Chapter came into development.

Iron Range Lodge #70 will service a thirty mile radius  with members in Hibbing, Eveleth and Grand Rapids Minnesota. Their Charter will move on a scheduled basis. This will allow more exposure to more Blue Lodges in the region, and more Brothers exposed to the York Rite for further light in Freemasonry.

This story will be continued in the next few months with a interviews of everyone who made it happen. Also a follow up with Phil on how things are going and what plans he has instore.

November 23, 2019 is a Red Letter Day for the Minnesota Royal Arch!

Posted by All Things Masonic at 8:06 PM No comments:

In Minnesota we are trying different things to increase membership,and add to the quality of programming to our York Rites.
Owatonna York Rite has taken a bold step this evening. They met with Austin York Rite for a evening of Brotherly Love and talk about coordinating events. These two York Rites are about forty miles apart from each other.

Their story is a very similar story to Masonic Bodies located far from the metropolitan areas. Owatonna, and Austin are smaller cities that are located in rural areas. Their Chapters, Councils,Commanderies have been absorbing other York Rites that were based in small rural communities who cannot sustain themselves any longer. Their area of service has been greatly expanded covering a vast area in South Central Minnesota.

Tonight thirteen leaders met to discuss membership, coordination of Degree work, and social activities.There would of been three more Companions to join us, but they were involved in a traffic accident. The car they were in was driving on a rural county road had struck a farm tractor that was hauling two wagons filled with corn.The tractor did not have any lights displayed on this dark night. The car was totaled and one went to the hospital.

The meeting was very successful, the conversation was lively and the daily special of Walleyed Pike was great. Ya see there are benefits to having the courage to do something new and try to make positive changes to improve Freemasonry.

I said Changes, NOT Innovation....ha 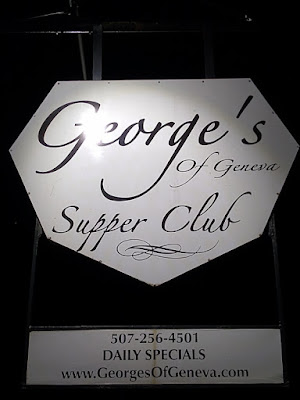 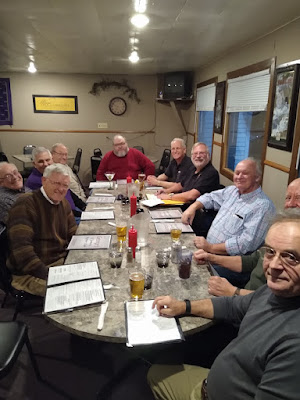 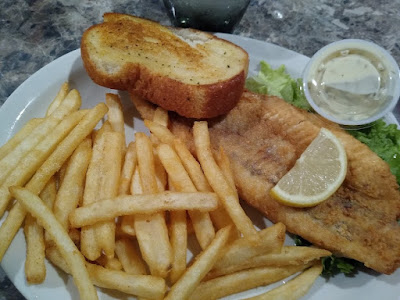 Posted by All Things Masonic at 10:26 PM No comments:

We have lost one of our Great Masons in Minnesota. Kevin came from humbled beginnings raised in a loving family. He heard the call of his Country and served in the USAF during the Korean War. He came home from the war and married his sweetheart Betty, raised a beautiful family and they were married for 68 years. He attended college and earned three degrees. Worked hard his whole life, and cared for people in his community.

Kevin found the fraternity, and found it very much compatable with his beliefs and made it a lifetime passion.  He was a 50 year Member, Past Master and Past Chaplain of Itasca Lodge #208 A.F.& A.M. of Grand Rapids, MN. Kevin was a Past Grand High Priest of Royal Arch Masons of Minnesota 1990-1991, Past Grand Illustrious Master of the Grand Council of Royal and Select Masters of Minnesota 2004, York Rite Sovereign College-Order of the Purple Cross 1977, Duluth Commandery#18 Knights Templar, Worthy Patron of the Mesaba Chapter #211 Order of the Eastern Star of Hibbing Minnesota, and the AAD Shrine of Duluth MN, and the North Star Shrine Club of Grand Rapids.

Kevin had a passion for re-building and re-finishing old furniture and antiques. It seemed that there wasn't anything that Kevin couldn't fix. One day a couple had heard about Kevin's cracker jack ability and arrived at his home and stood on his drive way with three boxes of wooden parts. Kevin asked what it was? The couple responded that it was supposed to be a Spinning Wheel that had been in their family for a very long time, but no one knew what it looked like. Kevin accepted it as a challenge. He went to the library and conducted his research.Some time latter  the couple returned, and saw their resurrected spinning wheel and joyously took it home.

Kevin's favorite masonic activity was making and selling cotton candy with the North Shore Shrine Club at the Itasca County Fair." Where he would come home sticky and full of smiles".

Kevin was determined and driven in everything he did during his life. Especially in the way he cared for people, and touched our lives.

Posted by All Things Masonic at 7:08 PM No comments:

Brotherly Love Came in the Form of an Umbrella 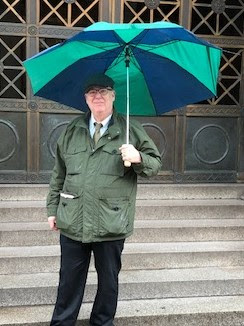 We in Minnesota Freemasonry have been talking about our Civility Project lately which I think is important.  I want to move this discussion up a notch and talk about one of our tenets of Brotherly Love and maybe get you thinking of what you can do.
This Autumn on a Sunday afternoon I was walking in downtown Edinburgh Scotland and it was raining very hard.  The sidewalks were bustling with Shoppers carrying bags and families with kids.  You could pick me out of the crowd easily enough for I was the guy under the big American golf umbrella. The street traffic there was heavy with double decker buses, delivery trucks and cars. For survival the pedestrians cross at the intersections with the traffic lights. (unlike back home)
While waiting for the light to change I noticed a woman standing near me in the pouring rain carrying two heavy bags filled with groceries. I moved a foot closer to her and extended my arm to cover her with my umbrella. she set down her two bags and wiped the rain from her face and looked at me, smiled and said thank you.
A block latter at another pedestrian crossing I stood next to a woman who had her adult son by the hand waiting for the light to change. I performed my simple task again. The women’s son looked up at me and in his own special way said thank you.
Just by extending my arm and causing the rain to cease for just a few moments provided a human touch of warmth in the cold autumn rain.
I was walking back to my hotel from the Grand Lodge of Scotland when this all took place. I was a long way from my home and my Lodge in Minnesota. But that doesn't matter does it? For the world is my Lodge. As Freemasons we are to practice our principal tenets of: Brotherly Love, Relief and Truth in our daily lives. These words said in Lodge must become our actions.
A simple act of kindness can create a moment of connection with another human in a way that we cannot always understand. That act of kindness signals that someone cares about them and their plight or situation.  For a moment their world has changed for the better. Even more significant, you, as the Good Samaritan, may experience a sense of happiness or pride knowing that you may have made a meaningful impact in someone’s life that day.  This may result in more acts of kindness, as kindness can be contagious.
We humans have become so self-absorbed and connected to our cell phones there are days we don’t connect to the world around us.  You may need to look up from your small screen, to see and connect to the world around you to observe that someone may need a helping hand or a kind word.  Then you need to act, however small that may be.
An act of kindness takes a small effort on our part, yet it pays a huge dividend in our lives and in the lives of the people we touch.  I hope you will consider what simple things that you can do in your daily life to bring relief or kindhearted act or words of encouragement to our fellow man.

“How do we change the world? One random act of kindness at a time”
Morgan Freeman

Posted by All Things Masonic at 7:36 PM No comments: