I think that there isn't much to say about Albert Pike that hasn't been  already written extensively about. But I think to take a moment to recognize his his birthday is in order.

He was born in Boston Massachusetts on December 29, 1809. During his life he was an Attorney,Soldier,Writer,Poet, Philosopher, a member of the Oddfellows, and noted Freemason.

Albert Pike is the only Civil War Confederate Military Officer with a statue in Washington D.C.
The statue is located near the Judiciary Square Metro Stop.

To learn more about Brother Pike I recommend the Book: "A life of Albert Pike By Warren Lee Brown.

Posted by All Things Masonic at 12:48 AM No comments: 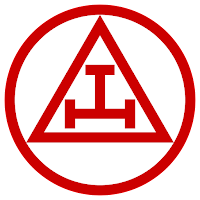 3.    How did the Overseers dispose of the rejected stone?
a)    Threw it to the ground at the Candidates feet
b)    Over their left shoulder
c)    Over their right shoulder
d)    Into the air

Posted by All Things Masonic at 8:21 PM No comments: