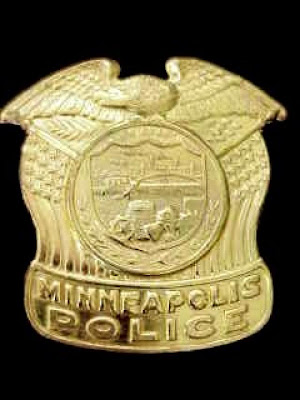 Its Police Week so I thought this would be fitting since I am one. But more importantly I do this to remember those who I have served with for over 32 years.Many are no longer with us on this earth.And for the guys I work with today.
Posted by All Things Masonic at 3:15 PM No comments: 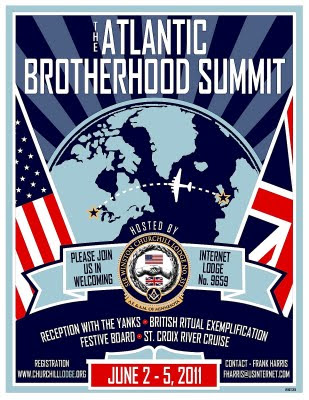 Churchill Lodge #351 & Internet Lodge #9659
Proudly Present
The Atlantic Brotherhood Summit
June 2nd – 5th
An unprecedented event in the history of the Grand Lodge of Minnesota, lodges
from Minnesota and England are meeting in June to celebrate friendship across the wide Atlantic Ocean.
We are proud to announce the Atlantic Brotherhood Summit, to be held here in the Twin Cities. The UK's global Internet Lodge #9659 travels annually away from their base in Manchester, UK to a foreign locale

This year, the Lodge is visiting Minnesota. We've planned an exceptional series of events with them for the benefit of all Masons. You are invited to join us by registering for one or more of these events. Highlights include a St. Croix River sunset boat cruise, a barbeque dinner for lodge members at the home of MWB Andrew Rice, and a much-anticipated Festive Board to be held at the inneapolis Club, following the first-ever exemplification of the English Masonic Ritual, "Emulation Working" in Minnesota, at the Minneapolis Scottish Rite Temple. A question-and-answer discussion will follow the degree exemplification, along with coffee, tea and a selection of English biscuits.

Some events will require a fee to cover expenses, which we have tried to keep as low as possible. The brethren of Sir Winston Churchill Lodge invite any regular Masons to join with us in this 4-day celebration of Masonic brotherhood, and hope you will join us in welcoming up to forty traveling English Masons who will be here June 2-5. Save the Dates!

This particular document is designed for local, US participants, and priced accordingly. Hotel and travel information is available on the main information page at www.ChurchillLodge.org.

Or, if you wish, snap this QR Code with your smartphone to reach the website. 􀃆
The Radisson Plaza Hotel Minneapolis will serve as our base of operations, with transportation for registered guests provided by Churchill Lodge members, other Grand Lodge of Minnesota volunteers,and Eclipse Transportation.

At this writing, at least four of the Churchill Lodge brethren have agreed to open their homes to allow members of Internet Lodge to stay with them for the duration of the event. Let us know if you wish to offer your home for the same purpose. Jason Berger is coordinating this effort, vonberger@comcast.net .

We encourage lodge brethren and other interested Masons to take time to participate in any of these events.

To register, please fill out and return the following page, to:
Atlantic Brotherhood Summit
c/o Frank Harris
1200 Nicollet Mall, #610
Minneapolis, MN 55403
Send inquiries to Jason, or fharris@usinternet.com – we will contact you to confirm your reservations.

Atlantic Brotherhood Summit - Main Events Persons Price Each Amount
Thurs 6/2:- American BBQ: Join us at the home of Past Grand Master and
British ex-pat Andrew J. Rice. This is an event hosted by SWCL to welcome
our British brethren to the United States. It is complimentary to members of
those two lodges and their guests. Otherwise, $20 will cover food and drinks.
x
$20 (nonmembers)
$0
(members)
=
Fri 6/3 – Boat Cruise on the St. Croix by Paddleboat: This event will be held
on one of the historic riverboats that still ply the waters of the St. Croix and
Mississippi. The 2.5 hour cruise will include dinner. Prior to departure, guests
will have time to explore the antique shops, bookstores, river walk, and pubs of
historic Stillwater, Minnesota.
x $45
=
Sat 6/4 – British Emulation Master Mason Degree and Discussion at the
Minneapolis Scottish Rite Temple: For the first time in Minnesota history,
witness a performance of the Emulation Work by the officers of Internet Lodge
#9659. There is no charge for this event and the Q&A session immediately
following, but guests are encouraged to purchase for $12US a pair of souvenir
white gloves, specially created for this occasion. Funds will go to defray the
costs of bringing this unique event to the Masons of Minnesota. White gloves,
dues card, aprons (provided), dark suit will be required.
x $0
=
You may pre-pay for white gloves if you desire them, and do not have a
suitable pair of such gentlemens’ gloves. We appreciate your support. x $12 =
Sat 6/4 – British Festive Board at the Minneapolis Club: SWC Lodge will
host a formal dinner in this superb setting, complete with seven toasts,
delightful good cheer and their own unique tribute to our brother Winston
Churchill and the Sceptered Isle. Seating is limited to the first 110 guests.
x $75
=
Optional Events (all guided by local Masons)
Thurs 6/2 - Twin City Highlights Tour - Guided tour of Mpls & St. Paul -
provides an excellent orientation to the area. 3 hrs. x $32 =
Thurs 6/2 - Magical History Tour of Minneapolis on a Segway scooter. 3
hrs. Includes scooter rental. x $80 =
Thurs 6/2 - Walker Art Museum & Sculpture Gardens Tour Begins at 2pm.
This is a first-class modern art museum. x $10 =
Fri 6/3 - Fishing Expedition on City Lakes x $25 =
Fri 6/3 - Guthrie Theater Tour & Matinee x $36 =
Fri 6/3 - Pedal Pub Tour – Take a 2 hour cruise of the ethnic neighborhoods of
Northeast Minneapolis on a 16 person rolling pub that you pedal yourself.
Includes a visit to Nye’s Polonaise, Minnesota’s most famous Polish Bar. x $25 =
Sat 6/4 - Mall of America & Scavenger Hunt (organized for the ladies.)
Transportation and guide, included. x $20 =
Sat 6/4 - People Watching and Walk around city lakes w/ lunch at nice
lakeside restaurant, The Tin Fish. x $20 =
Mon 6/6 – Minnesota Third Degree at Lake Harriet Lodge. Some UK Masons
will stay to see our degree work. Includes a nice steak dinner.
x $10 =
Total – Add your fees here, and send a check for the total amount. =
Print Name___________________________________ Lodge _________________ Phone_____________________
Posted by All Things Masonic at 2:17 PM No comments: