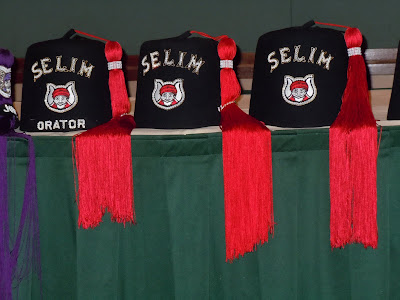 On December 4th I attended Selim Grotto's Officers Installation. Its special not only because my dear friends are active members in it, But because there are only two Grottos in Minnesota. The other is in Ela-Ala in Duluth. The Leadership is very willing to meet with any Masonic members who wish to start a Grotto in their part of Minnesota.
For those of you not familiar with the Grotto heres a little information you may like to know.
The official name is "The Mystic Order of the Veiled Prophets of the Enchanted Realm of North America.It was formed in 1889 because many believed that the lodges had become too serious and that men would become better Masons if they mixed a little fun and social activity with the serious teachings.
To become a member of the Grotto you must be a Brother in good standing and remain in good standing.The Grotto does not confer Masonic degrees, but is intended to provide a blend of fun and remain Masonic in character.
They sponsor two great humanitarian projects; Cerebral Palsy Research,and Dental care for children with Special needs. I'm very proud to say I have participated in the Enchanted Lantern project. When you can help a child smile you make a positive impact on them forever.
Members of the Grotto wear a Black Fez with a red tassels and refer to themselves as Prophets. 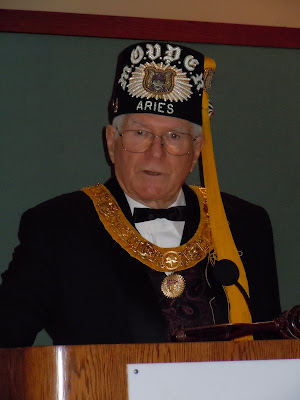 Our very own Mike Wahl was the past Grand Monarch of North America in 1974-1975. 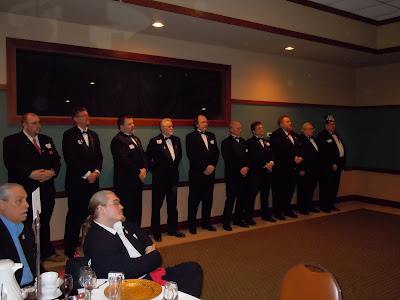 This is the full line of Officers for 2011. I think its pretty impressive the way that Selim is growing and building upon its great tradition.
Starting from the right of the photo is the man in the fez is Larry Jensen the Installing Marshall, Monarch Terry Rybarczyk, Todd Mayer,Dave Hansel, Lee Kielbock, John Antl, Bob Selden, Mark Moriarty, Scott Anderson. (I know I left some one out...Sorry Brothers) 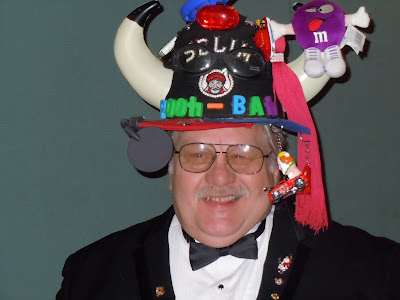 This looks like a fun tradition for the in coming Monarch Terry Rybarcyk doesn't it? 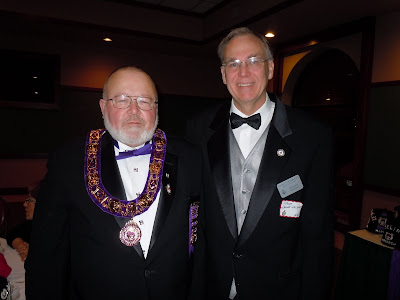 My lodge Brother Richard Kachman. One of the Men and Brothers on this earth I have the most highest regards and respect for.I think were twins.....maybe not in looks unless you close your eyes. 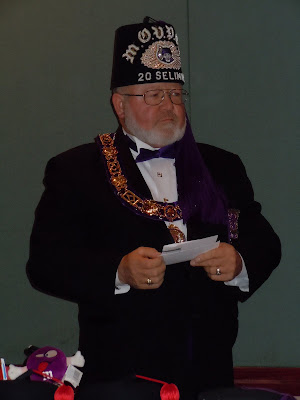 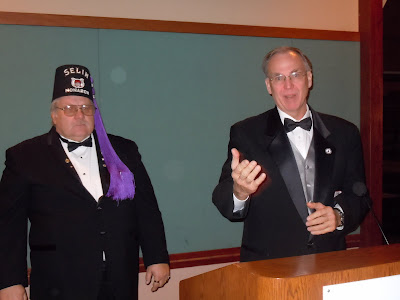 I was invited to come and spend the evening and I even gave a little talk. I noticed none were sleeping when I finished. 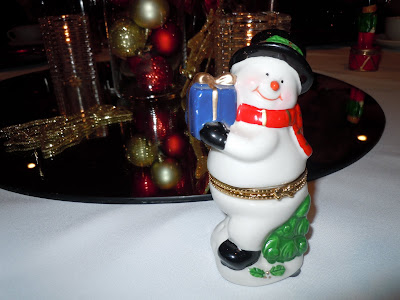 It was a beautiful Minnesota Winter night.....We drove in a Snow Storm to get there. But when we walked it our coldness went away very quickly from all the Warm Smiles and hearts that greeted us.
The Room was very beautifully decorated for the holidays making it even more welcoming.
Posted by All Things Masonic at 6:54 PM

Labels: Fun Tradition, Installation of Officers, Selim Grotto, The Mystic Order of the Veiled Prophets of the Enchanted Realm of North America