A Place in the Lodge: Dr. Rob Morris,Freemasonry and the Order of the Eastern Star

Author Nancy Stearns Theiss grew up a stone's throw away from the home of Rob Morris, an influential member of the Freemasons and founder of the Order of the Eastern Star. She details his life in a new book released by Dog Ear Publishing. Morris, a prolific writer, created poetry for special events such as funerals, dedications and Masonic gatherings across the United States and in Canada, earning him the title of poet laureate for Freemasonry in the 19th century.
"A Place in the Lodge: Dr. Rob Morris, Freemasonry and the Order of the Eastern Star" is based on more than 200 letters Morris and his family members composed while Morris was traveling. His family was numerous - he and his wife, Charlotte, had nine children, seven of whom made it to adulthood. From the beginning of his initiation March 5, 1846, in Mississippi, Morris worked to spread the message of the Masons, who considered education as something for the country's rising middle class, not just the wealthy.Morris worked as a teacher, traveling salesman and, eventually, Masonic lecturer. He founded the Order of the Eastern Star, a fraternity open to both men and women that was one of the first organizations to give women a voice in local and national issues. (Today that organization has more than 430,0000 members belonging to 4,600 chapters all over the world.) Morris' letters are a snapshot of the 19th century, touching on issues about education, pioneer living, the women's movement and the growing divide between the North and the South. This intriguing book shines a light on a pivotal historic figure whose legacy has remained. Masonic lodges still revere his most famous poem, "The Level and the Square."Nancy Sterns Theiss is the Executive Director of the Oldham County Historical Society which is located in LaGrange Kentucky.The historical society runs a history center that includes the J. Chilton Barnett Archives and Library, Peyton Samuel Family Museum and Rob Morris Educational Center, which is in the former Presbyterian church where Morris lectured and recited his poetry.Stearns Theiss and her husband, Jim, live on the family farm close to LaGrange, Ky., where Morris' name still resonates today.
For additional information, please visit www.robmorrisfreemason.org"A Place in the Lodge: Dr. Rob Morris, Freemasonry and the Order of the Eastern Star"Nancy Stearns TheissDog Ear PublishingISBN: 978-1-4575-3917-6 164 pages $19.99 US 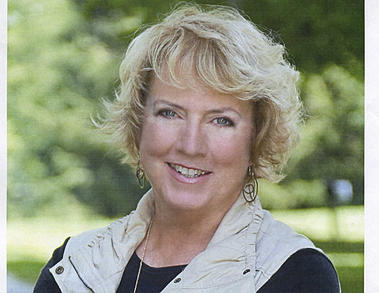 
" It took me two years to write this book that I transcribed from letters written by Rob Morris and various family members. I also visited sites that he either visited quite frequently of lived. I was impressed with his determination to seek a place for women in the fraternity of Freemasonry- many charities and communities have benefited from Morris's efforts

Posted by All Things Masonic at 9:13 AM