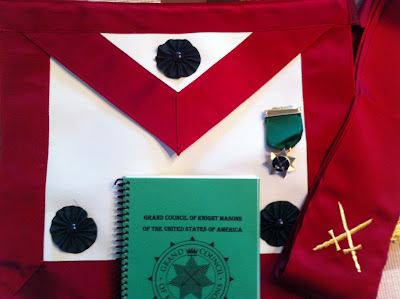 Today I had the honor and privilege to have been invited to join the ranks of the Minnesota No.34, Knight Masons.

The Green Degrees have their origins in the earliest records of Masonry.There are indications I that the Knight Mason degrees may have had their development before the Master Mason. Based in the ancient rituals of the Irish Masonic Canon.

Here's a little more information if you wish:

Posted by All Things Masonic at 8:55 PM