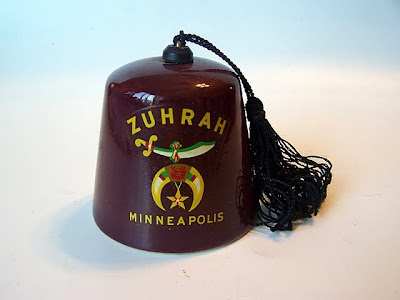 Today I had the opportunity to conduct a telephone interview of the Zuhrah Shrines Oriental Guide Ted Martz. Ted informed me that the Potentate, Darryl Metzger, and the Zuhrah delegation is based at the Harbor Westin Hotel. Toronto is a very impressive city in its architecture and the activities that are all going on right now. Ted said besides 10,000 Shriners, The Queen of England is on her yearly visit. Ted and Jon Hansen just happed to be about ten feet away as the Queen drove past them in her motorcade. The Queen is there to help celebrate Canada Day this year. I wonder what the Queen was thinking as she drove past all the Shriners wearing their Red fezs?

Toronto is also currently hosting the 2010 Toronto Waterfront Tour. Tall ships from around the globe are docked for tours of the public. There was a parade of the ships that Ted found to be a highlight of the trip so far. 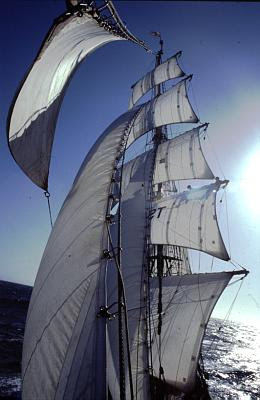 But according to my law enforcement sources in Toronto, I am told that they are preparing the parade route for a world class parade on Tuesday, July 6th. I wish I could be there to watch the tiny cars, to see lots of clowns of all possible descriptions, motorbikes of all types and sizes. And a real treat for me would be to see 1,000 massed bagpipers and drum corps marching through the streets with the beautiful music of the bagpipes floating between the skyscrapers of Toronto.

Of course Ted Martz said that his real joy comes from talking with his fellow Masons from across all of North America, from all walks of life. He said it was a great place to exchange ideas, make new friends and see old friends.

I should say that when I called Ted, he was sitting in the Imperial Shrine meeting. I could hear the speaker making the address in the background. So Ted really does have his nose to the grindstone looking out for our interests as well.

To the Shriners: I hope you're all having a great time and I hope to join you next year in Denver Colorado. 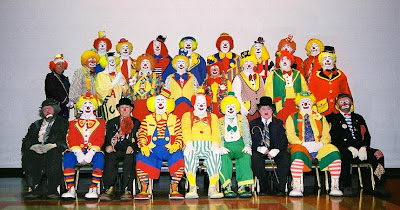 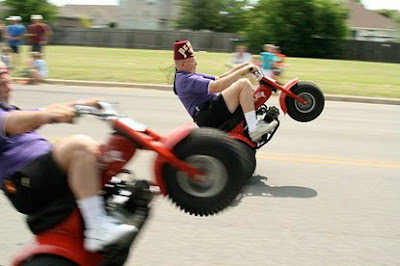 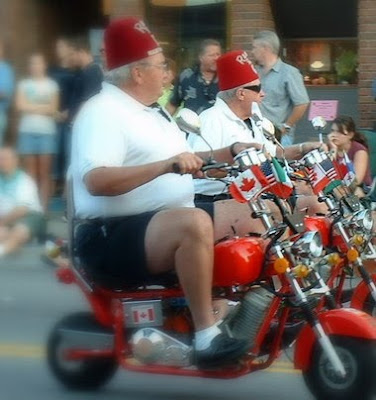 I hope this is me about 15 years after I retire....just enjoying life!
Just in case I've got your attention here are three interesting facts about the Shrine. Did you know...
1. ...that the Shriners are said to have the second-largest single purchase of motorcycles in the world, next to the police?
2. ..that the Shrine Session in Toronto will bring over $4 million dollars to their economy?

3. ...that we fund about a billion Dollars (US) a year for the Shrine hospitals across the United States? 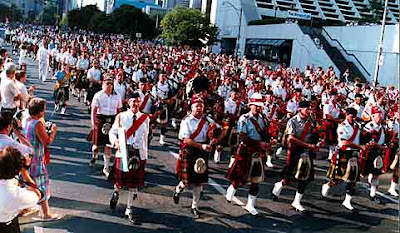 Posted by All Things Masonic at 4:03 PM