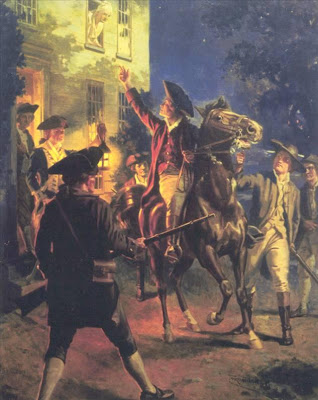 Maybe next year we should take a trip together and see the route of the famous ride! Would you like to come? Think about it ... won't you?
Posted by All Things Masonic at 7:51 PM