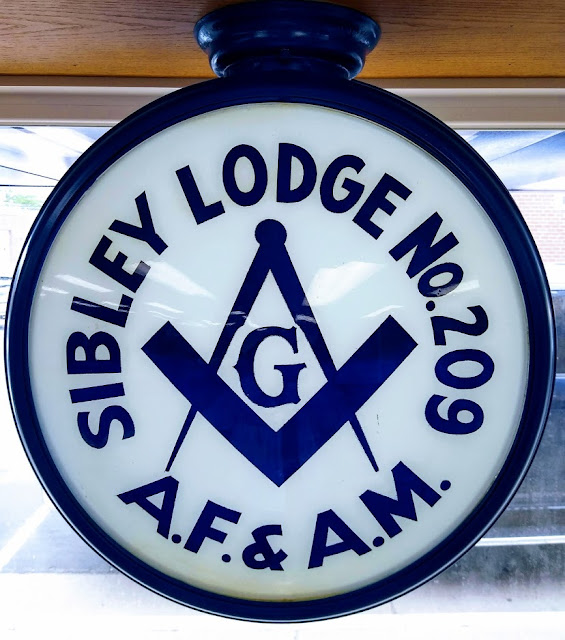 On June 24, 20201, St John the Baptist Day, just a few hours before a full moon, Sibley Lodge #209 held a Dedication Ceremony and Open House at their new Masonic Temple in Arlington, Minnesota.

Sibley Lodge #209 has been in continuous service in Winthrop, Minnesota for 127 years and they had owned and occupied the same two-story brick building for 100 years. The lodge had occupied the second floor but there were 25 steep steps to walk up to attend lodge meetings.

Several years ago, the lodge members conducted a needs assessment of the lodge building.  The members carefully examined the needs and repairs of the building to continue its functionality. The costs of rewiring the entire building, up grading the electrical system, and potentially installing air conditioning they found the costs were staggering.

The members determined a better solution would be sell the building and locate a new building or space that was structurally sound, modernized and on one floor for easy access for all members.

Approximately a year and a half ago they learned that a building at 105 4th Ave NW in Arlington, Minnesota was going up for sale. Many of the members of the lodge were very familiar with the building and the most recent tenant has been light technology manufacturing company. Past Grand Master Tom McCarthy used to walk past the building on his walk to his high school when it was a Dry Cleaners. The building size, condition, and location was a great fit for the lodge. The members considered the layout a blank canvas and they have created a wonderful and purposeful Masonic Temple. 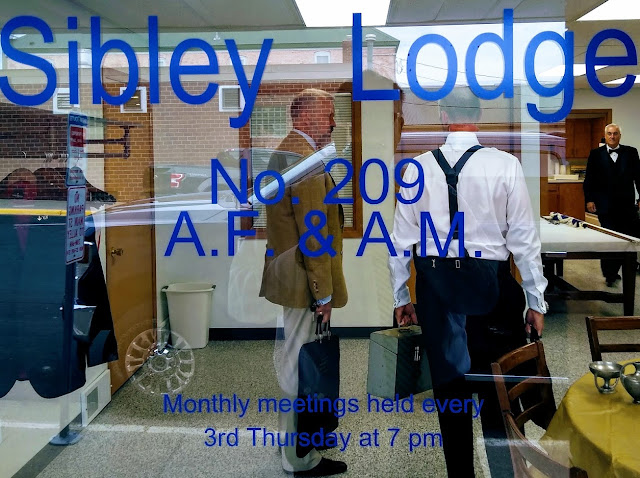 While a move is not easy, much credit should be given to the membership themselves for a successful sale and relocation. The entire project was only made possible by the generosity of the donation of time and financial pledges. Many members pitched in did a lot of painting, cleaning, and moving furniture. 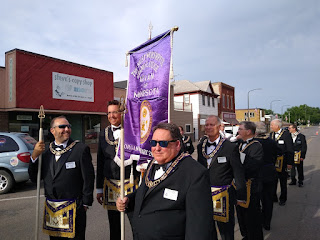 The Dedication Ceremony began with a two-block parade by the Brothers of Sibley Lodge down Main Street. They were followed by six Past Grandmasters, and the current Grand Master of Minnesota Masons, Rolf M. Winstrand and his Officers. 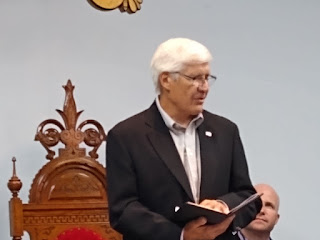 Once assembled in the Lodge the ceremony was begun by the Honorable Mayor of the City of Arlington Richard Nagel, as he welcomed everyone and made the opening comments. 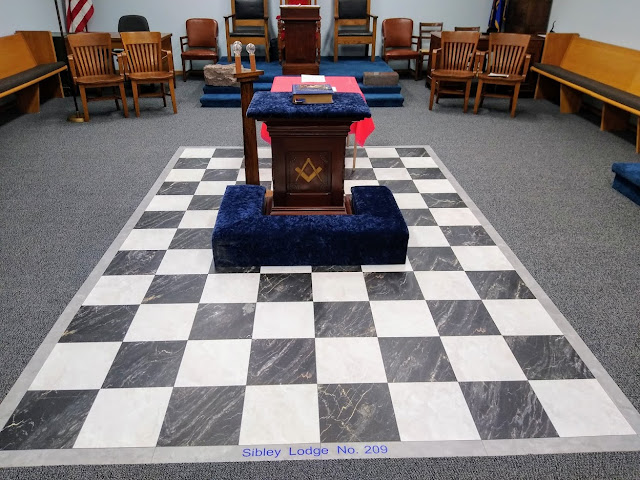 The Grand Master and Officers moved to the center of the lodge room near the alter. The Grand Master then employed the ancient application of the square, level and plumb to demonstrate that the cornerstone of the physical building was well suited to promote good men to strive for knowledge and truth, to learn and be involved in universal benevolence.

At the conclusion of the ceremony, all attendees were free to tour the building while enjoying lemonade and cookies.

I hadn’t been to Sibley Lodge for a few years, and it was a great time to catch up with many Brothers and after the pandemic isolation is was great to be able to socialize, see so many and take pictures.

I have seen lodges that are struggling, lodges merging, lodges surrendering their charters. I see our Masonic edifices being torn down, sold or turned into event centers for weddings. From my corner of the world, attending the Sibley Lodge Dedication for a new Masonic Temple was very uplifting and encouraging.  It is a testament to the members that they found a winning solution to continue to prosper.

Posted by All Things Masonic at 1:40 PM