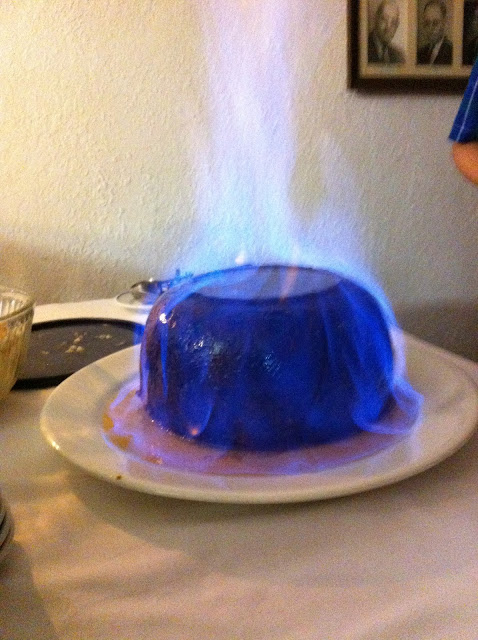 To me personally one of the absolute best Masonic events in Minnesota every year is the December meeting of Red Wing Lodge #8. The true focus of the evening is of course the Installation of Officers. In 2006 the lodge wanted to add alittle element of style or pizzazz to the evening.

The evening begins with the gathering of Brothers before the meeting for a hearty meal of Clam Chowder or Chili dinner with an incredibly special dessert. A proper very British Christmas Pudding. If you’re not familiar with Christmas Pudding this is something you don’t just go down to the local bakery and pick one up. This is dish that takes 20 hours to create.

Gary Thomas who is the Past Worshipful Master and a Chef by profession makes it every year for us. The Christmas Pudding recipe that he uses is one that has its roots in Medieval England. Its found in Recipe Books from 1390 A.D. It’s a recipe that is steeped in tradition and ritual. The pudding is pretty much stayed the same for 630 years.

The cooking process usually starts on the Sunday before Advent, called" Stir up Sunday" but Gary makes it during the Thanksgiving time when he has alittle more time.

The recipe has thirteen ingredients to represent Jesus and the twelve apostles. It’s filled with raisins, currents and sultanas oh and alittle suet too. The aromatic warming spices of ginger, nutmeg and cloves are a major part as well.

Each member of the family takes a poke at the mixture and makes a wish for the new year. Then they stir it in the direction of East to West honoring the Magi who traveled in that direction on the journey to the Christ Child.

The mixture is then placed in cheese cloth and steamed for eight hours. Its then placed in a cool place and brought out in England on Christmas. Gary has a different method. He will bring the wrapped mixture out from time to time and soaks with brandy to keep it moist. He also needs to serve it on the first Monday in December.

After dinner on Lodge night. Gary will bring out the pudding pour on warm brandy. The lights in the dining room are turned off and he lights the pudding. The pudding is aglow in a beauitful blue flame. Sometimes it catches the tablecloth on fire…we have not had to call the fire department yet.

Gary makes a brandy butter and serves that on the side with a beauitful scoop of the pudding. If you have never had it before it’s a very dense, sticky, fully developed flavor with a slight boozy taste. I call it heaven on a plate.

It is a perfect dessert after an excellent hearty meal on a cold Minnesota December night. When the room is filled with a few candles, and your Masonic Brothers.

Unfortunately for us this tonight we were required to conduct our December meeting, and Installation of Officers via Zoom. We were limited to 40 minutes of time, so we were limited on the Brotherhood, and no pudding.

The bright side is that Gary Thomas has taken the Chair of Worshipful Master for 2021.Though making the Christmas pudding is Gary Labor of Love, and so is Freemasonry for him. . It’s going to be a great year for all of us. 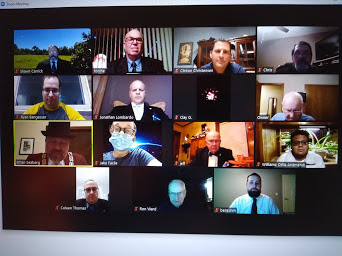 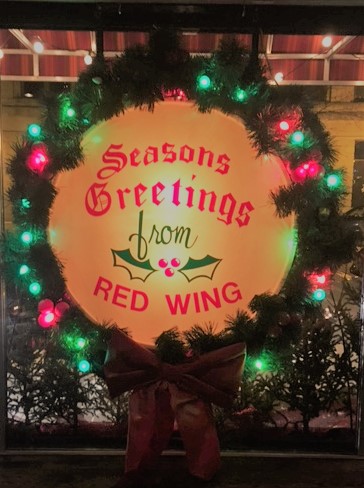 Posted by All Things Masonic at 10:11 PM