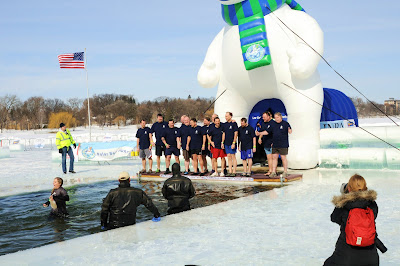 Team Minnesota Masons, spearheaded by Deputy Grand Master Tom Hendrickson rallied the troops and made a splash of a team consisting of 13 Masons from different lodges throughout the Minneapolis Metro area, raising approximately $6,000.00 for the Special Olympics of Minnesota Polar Bear Plunge, March 5th at Lake Calhoun.

The men jumped with precision and grace into Lake Calhoun. Some jumpers tried to maintain their smile upon exiting the jump hole, however it was later admitted it was too cold to hide the simple fact it was freezing cold.

Team Minnesota Masons was recognized and received lots of cheers and other encouragements from the crowds, often receiving shout outs and posing for a few pictures from enthusiastic and excited spectators.

After a quick warm up in the provided hot tubs, Team Minnesota Masons and friends met at Bunnies Bar and Grill for burgers and to plunge reminisce.

This is the 14th year of the Polar Bear Plunge. Monies raised goes to the Special Olympics of Minnesota bringing together children and adults with intellectual disabilities and uniting them in various sporting events based on skill level.

Special thanks to Brother Bob Peterson for all his assistance and hard work.
Excellent Photos taken by Brother Rich Hervieux
Be sure to check out the Polar Bear Plunge Tour Dates for next season! 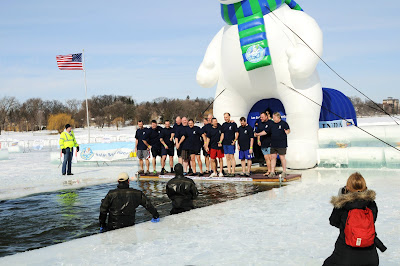 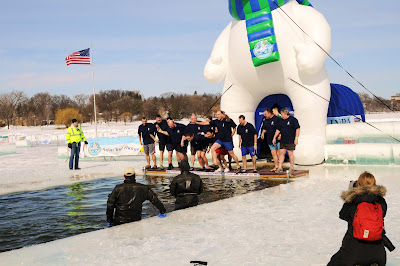 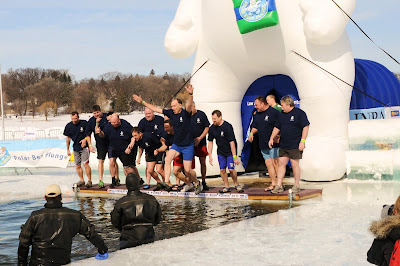 Lead by example is my motto" 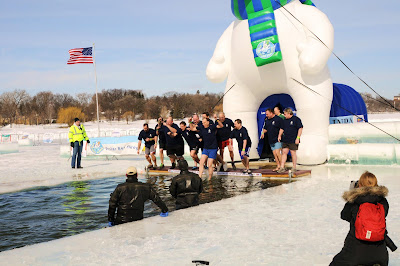 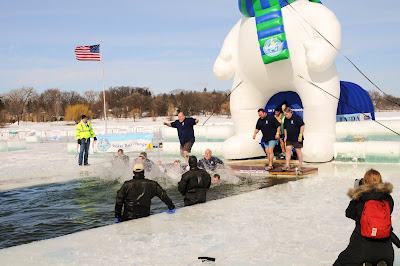 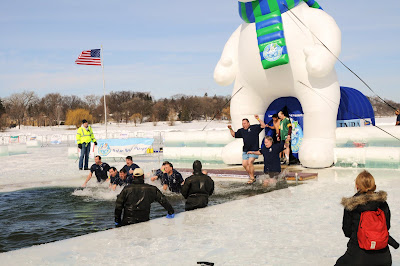 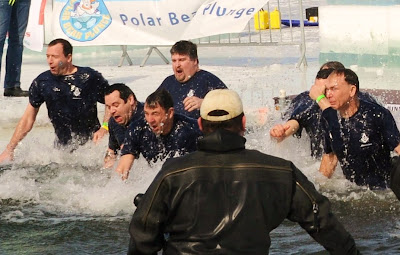 Its cold dont let any body fool ya! 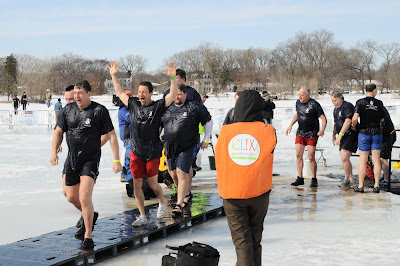 A happy band of Brothers 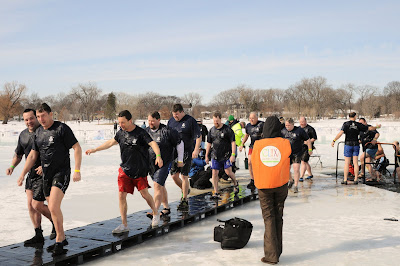 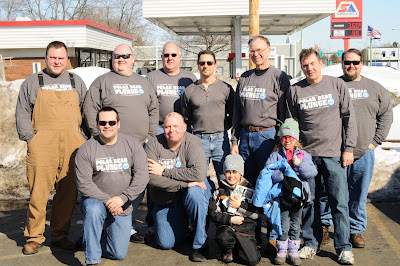 Dry and wearing our new shirts 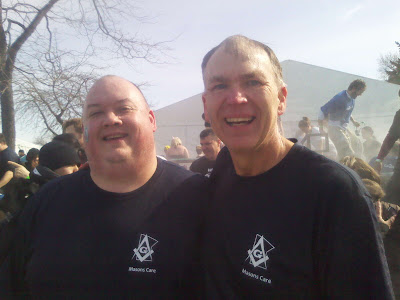 Its all about the Brotherhood!
Posted by All Things Masonic at 8:23 AM