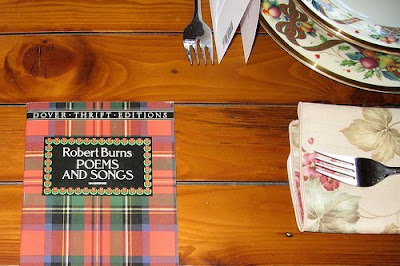 Brother Robert Burns is considered Scotland’s most noted poet and lyrists figure in the 18th century, with works including A Red, Red Rose, A Man’s A Man For A’ That,
To A Louse, Ae Fond Kiss and Auld Lang Syne.
On July 4, 1781 when Robert was 22, he was initiated into St. David Tarbolton Masonic Lodge, where he was passed and raised on October 1, 1781; however the actual location of the Temple where Robert was made a Freemason is unknown.
Burns was very active in his Lodge; in 1784 he attended all nine meetings, passed and raised brethren, and over saw and attended to most Lodge business. In 1785 Burns was appointed Depute Master, again being very committed in his duties within the Lodge. His passion for Masonry enabled him to initiate, pass and raise his brother Gilbert in 1788.
Burns was highly respected by Grand Master and Grand Lodge of Scotland, and in 1787 was named Poet Laureate of the Lodge. During this time he visited lodges in Ayrshire and became an honorary member at most lodges.
After his passing, Burns’ friends held the first Burns supper in Ayrshire to gather, remember and celebrate Robert. The suppers are more common in the Scotland and Northern Ireland and most notably in Scottish Societies and those familiar with Burns’ literary works.
The supper is usually held around the 25th of January in celebration to Robert’s birthday. Depending on the suppers, they can either be formal or informal with an underlying theme of haggis, Scotch whisky and works of Burns’ recited.
A typical formal event is hosted by organizations (Freemasons or other affiliations) and follows a format where guests gather for social hour and are welcomed by the host. After the welcome speech, many wait with anticipation for the Entrance of the Haggis, followed by the dinner.
Typically Burns’ Dinner starts off with Cock A Leekie Soup, essentially an American version of chicken and barley soup with leeks thrown into the mix.
Haggis is served with Tatties and Neeps as sides. Tatties, or potatoes follows the recipe similar to the American version of mashed potatoes. Neeps rounds out the dish by adding roughage to the plate and adding a creaminess texture of the Tatties. The Neeps, or turnips are prepared in similar fashion as a side of sauté spinach.
If one saved enough room for dessert, a specialty severed on Burns’ night would include Tipsy Laird Triffle. It’s appropriately named due to the main ingredients-whisky and sherry. The layering of sponge cake, raspberry preserves, whisky, sherry, and cream and topped, with a layering of bananas and almonds lends one to think of the similar dish Sherry Triffle.
During this time and other small intermissions of the evening, toasts will be given, including the Immortal Memory to Robert Burns, and appreciation toasts to the Lassies if present. Burns’ works are recited and reflected on, and a final closing to the evening includes singing Auld Lang Syne.
Posted by All Things Masonic at 3:06 PM